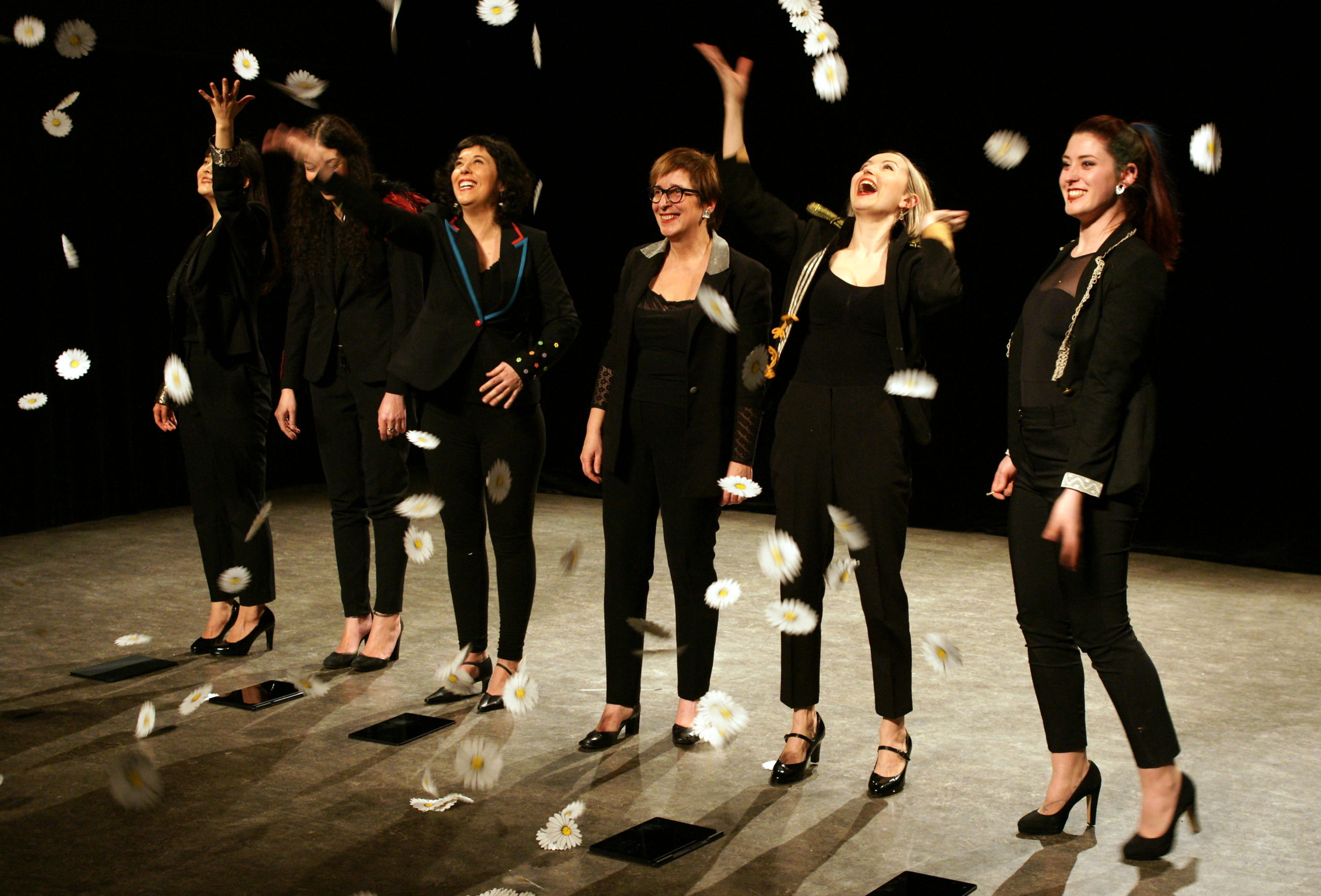 EVE – as in Empower Vocal Emancipation – is the name of a unique adventure led by Catherine Bolzinger and her professional lyric ensemble Voix de Stras’ and singers from the amateur choir of the Asian University for Women (AUW) in Chittagong, Bangladesh.

This adventure of sharing songs, voices and values has led to the creation of a joint work and a concert tour that will take off from the European Parliament in Strasbourg on 9 February. After a stop at the Grand Chamber of the Court of Auditors in Paris, the tour will move on to Europe and Asia, ending at the European Union Embassy in Dhaka.

An Indian summer in October, trees in blossom in February and scorching temperatures in August… What would Antonio Vivaldi have thought of the changes in the timing of the seasons, he who thought that the seasons go like clockwork?

This is the question Catherine Bolzinger asked Arturo Gervasoni, a composer from the southern hemisphere, when she commissioned him to write a transcription of the Venetian composer’s famous masterpiece for 5 women’s voices a cappella…

Gervasoni’s score exploits the virtuosity of the five voices of Voix de Stras’ by implicitly keeping the music of Vivaldi, as a reference for the listener. The lyrics added to the instrumental parts were collected from the daily press and accentuate the reference to current issues : climate change, junk food, loneliness, terrorism…

In this musical framework, Catherine Bolzinger weaves and interweaves scientific data, quotations and proverbs which serve as the Ariadne’s thread that guides the spectator through the seasons.

As a counterbalance to the seriousness of the subject, François Small’s staging brings lightness and poetry. A show that invites with delicacy, humour, and a touch of insolence, to reflect on the imbalances of our time.

Nos Chansons dans les Rues (Our Songs in the Streets) 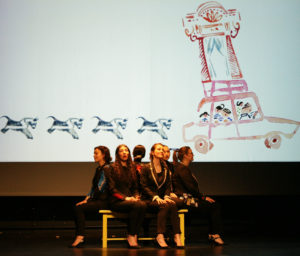 With its 6,400 inhabitants, its 23 nationalities and 30 languages, the quartier d’Ecrivains of Schiltgheim is “a piece of the world”, a rainbow neighbourhood where you no longer know whether colour is an asset or an issue.

But Denise, a grandmother from Alsace, Laila, a young woman from Chechnya, and Houleye, a little girl from Mauritania, have one thing in common: they love songs and have a great desire to share them with others…

Everyone has a story and carries songs inside, like hidden treasures: a melody, a rhythm, words in another language, sometimes a memory… Sharing them is getting to know the other person.

And you, what is your song? If we could sing together, would it allow us to build a new tomorrow?