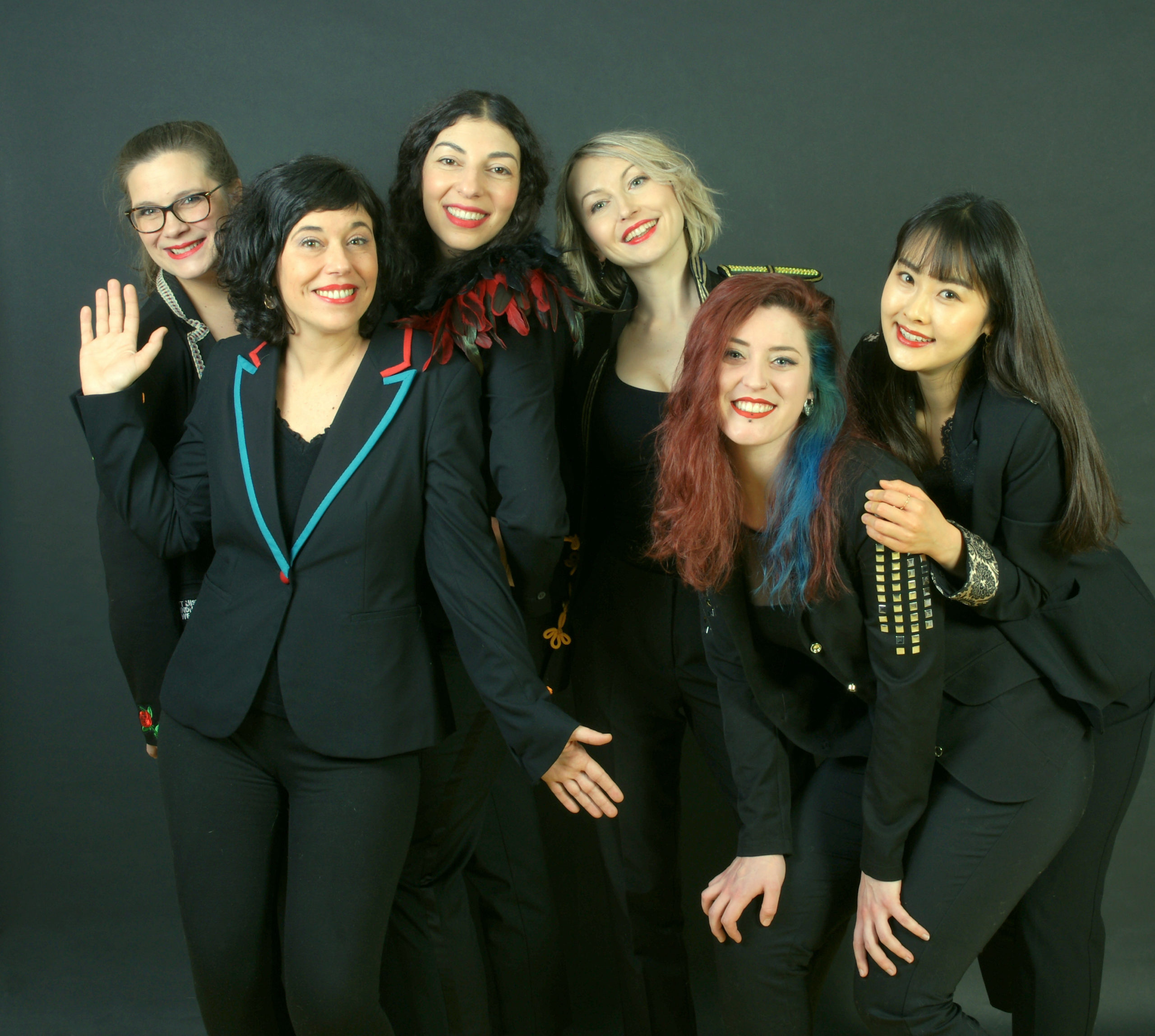 Catherine Bolzinger, a good alchemist of voices, has brought together the ideal components for a perfect symbiosis. The singers, of six different nationalities, bring in their culture and their vocal colours modelled by the words of their early childhood which shaped their palates.

Lilia Dornhof, Siberian soprano; with her glacial, clear and percussive voice, she can sing very high, and it rocks! Allergic to the sun, she will often be seen wearing a big hat as well as carrying a suitcase: Lilia is also a sound engineer and takes her microphones and recording material with her – and sometimes her baby too.

Haelim Lee, a South Korean soprano, hides behind her smooth porcelain doll face a fiery temperament and breathtaking virtuosity. Perfectly at ease in the large registers, her round voice reveals unsuspected resources of energy. She is the acrobat of the group!

Rebecca Lohnes, an American soprano who grew up on musicals – you can sometimes hear her set free her tight vibrato – acquired French nationality a few years ago and since then her heart and voice have been swinging between the two continents. Her voice adds inclusive and precious roundness to the ensemble of voices – it is the binder of the sauce.

Gayané Movsisyan, Armenian mezzo, her special timbre instantly makes you cry. Her voice evokes the colour of wine and the roots of the world. Mysterious and sunny, Gayané brings radiance and warmth to the ensemble.

Mathilde Mertz, with her rocker look and red hair, is a frank and direct Alsatian mezzo. Her ‘chesty’ low notes and dazzling high notes bring excitement to the ensemble. She is the newcomer in the group.

Manuela Rovira, alto – the lowest voice – from Uruguay, is definitely on another continent: she floats ! But paradoxically, it is on her that the harmonic foundations of the group rest. Her solid and deep voice carries the vocal construction. Her placidity and independence allow her to endure the antics of her fellow sopranos without flinching.